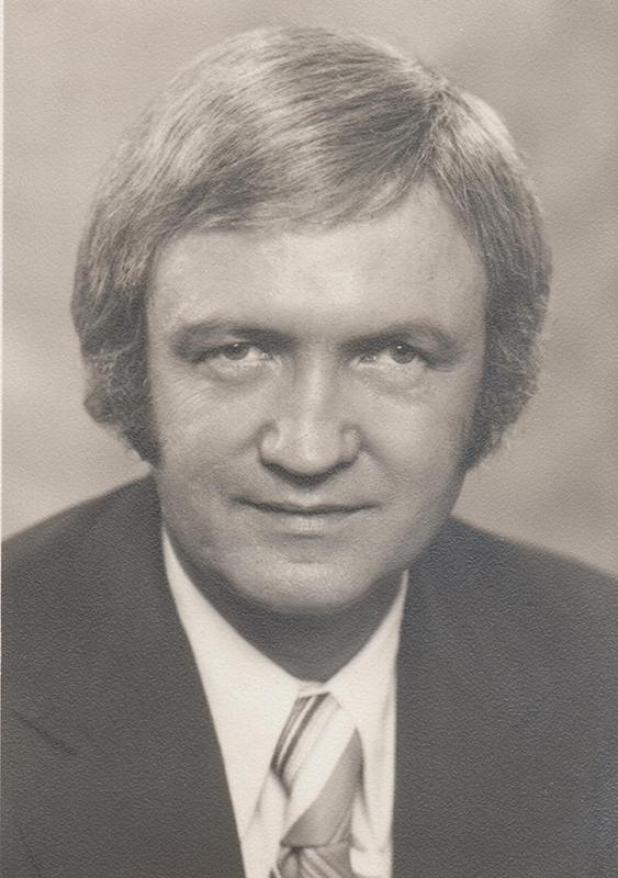 Byron Ernest Fogleman, aged 96, passed away at his home in Lafayette on Sunday, Sept. 13, 2020. He was a beloved pillar of his family and a respected friend to many, and he will be dearly missed.
Byron is survived by his wife, Kathryn “Kay” Marcantel Fogleman; his daughter, Karen Fogleman Buras (Paul); his brother, Larry Fogleman; four grandchildren, Cleo “Bumper” Wilkerson Jr. (Kim), Jack Buras (Katie), Katherine Buras Gitlin (Daniel), and Jeffrey Buras (Amanda); and five great-grandchildren.
He was preceded in death by his parents, Ernest R. Fogleman Sr. and Lois Murff Fogleman; five siblings, Dorothy Collins, Ruth Fogleman, Thelma Chappuis, Rudy Fogleman Sr., and Ernest R. Fogleman Jr.; his first wife and the mother of his children, Gertrude Hebert Fogleman; and his daughter, Lisa Fogleman.
Byron was born in Iota on Aug. 12, 1924. His family lived in Crowley for most of his life, and he was a graduate of Crowley High School.
In 1943, Byron enlisted in the Army Air Corps (the predecessor to today’s Air Force) to serve his country in World War II. Byron served first as an airplane mechanic and then as an aero gunner on B-29 aircrafts. He attained the rank of Sergeant before his honorable discharge in 1946.
Byron’s experiences during the war marked the start of a lifelong love of aviation.
Byron returned home to Crowley after the war. He worked at the family business, Fogleman Truck Line, where he eventually became president and C.E.O. He took on leadership roles in the transportation industry, serving as the board chairman and later president of the Louisiana Motor Transportation Association (LMTA), as well as the Louisiana Vice-President of the American Trucking Association (ATA). He remained a lifetime member of the LMTA after his retirement.
Byron was proud to do his civic duty as a member of the board of directors of the Crowley Chamber of Commerce and the board of directors of the Crowley Industrial Foundation before relocating to Lafayette in 1975. He and Kay married in 1979 and enjoyed 41 wonderful years together.
Byron was a fun-loving and adventurous man with many hobbies. He earned his Instrument Pilot Rating and loved flying in his private plane. He was an avid hunter, fisherman, and traveler.
He and Kay spent much of their retirement exploring the United States and Canada in their R.V. They were active members of several R.V. clubs, where they made many dear friends: the Cruisin’ Cajuns, the Bayou Ramblers, the Texas Outlaws, the Arkansas Travelers, and Les Amis Cajuns.
Byron’s family will host a visitation and celebration of his life at Geesey-Ferguson Funeral Home in Crowleyon Tuesday, Sept. 15, from 10 a.m. to 1 p.m.
In accordance with current COVID-19 mandates, all visitors will be asked to wear a face mask and practice social distancing.
Byron will be interred in a private Methodist ceremony at Liberty Cemetery in Elton.
His pallbearers will be his nephew, Dr. Marc J. Fernandez; his grandson, Cleo “Bumper” Wilkerson Jr.; his son-in-law, Paul Buras; his nephew, Michael Fogleman; his nephew, Bryan Fogleman; his great-nephew, Colin Hebert; his brother-in-law, Cursey L. (“Junior”) Marcantel, Jr. (honorary); his nephew-in-law, Daniel Lafrentz (honorary); his nephew, Al Chappuis Jr. (honorary); and his friends and neighbors, Rick Fontenot and Emery Bernard (honorary).
The family extends their deepest gratitude to Byron’s physician, Dr. Bradley Dowden of Lafayette, and to the wonderful and compassionate nurses and caregivers who helped to ease his transition during his last days.
In lieu of flowers, Kay asks that mourners send donations to Grace Hospice & Palliative Care of Lafayette (ghospice.com) and Wounded Warrior Project (woundedwarriorproject.org).
Words of comfort may be sent to the family at www.geesey-ferguson.com
Arrangements have been entrusted to Geesey-Ferguson Funeral Home, 301 N. Avenue F, Crowley, 337-783-3313.