A Celebration of Life will be held at a later date for Rose Ashy Broussard, 95, who passed away on October 9, 2020 at her residence.
Fr. Keith Landry, Pastor of Sacred Heart of Jesus Catholic Church, will conduct a private graveside service for the family, with burial to take place in Calvary Cemetery.
Mrs. Rose Ashy Broussard, a resident of Kaplan, was the daughter of the late Richard Ashy and the former Cocab Mahfouz.
Rose Ashy Broussard, the daughter of Lebanese immigrants, played basketball for Brinkley High, Arkansas and for her alma mater Lafayette High. She served as a teletype operator for Western Union during and following WWII. Throughout her life, Rose was fully engaged in civic, spiritual and business organizations, striving to improve her community and the agricultural industry. She was a leader in fundraising through ALSAC, where she also served locally as secretary and treasurer in its fundraising to build and operate the St. Jude’s Children’s hospital. While raising her four (4) children, she co-founded the Forked Island Cub Scout Den, serving as scout leader and 4-H leader. Rose played a key role in securing funding for the Head Start program and the French Language programs in Forked Island. She supported the Church as secretary and president of the Immaculate Conception Lady’s Altar Society. She served as a catechism teacher for fifteen (15) years. Rose received the Bishop’s Service Award for the Diocese of Lafayette, the Raywood Mouton Service Award and the Kaplan Chapter of American Woman of the Year Award.
In politics, Rose served for many decades as an appointed elections commissioner, as a member of the Louisiana State Democratic Central Committee and as a delegate to the Democratic National Convention. She served as Vice Chairperson of the Farm Bureau Women’s Committee and as a member of Farm Bureau’s legislative board. Rose lobbied tirelessly and successfully for funding to construct the Louisiana Hwy 82 Intracoastal Waterway Bridge which changed the lives of residents of and visitors to southern Vermilion Parish. Socially, Rose served on the Yambilee Festival Court, Lions Club president officer of the American Legion Women Auxiliary and Chic a la Pie Queen Jambalaya XXIX.
Rose has been a major force in Agriculture for more than a half century. While providing continuous support to her husband Charles in the daily operations of their cattle ranch and rice farm, she also promoted the general well-being of agriculture in Louisiana. Rose served as secretary and president of the Vermilion Parish Cowbelles (now Cattlewomen) and publicity chair of the state organization. Each March, she could be found making appearances throughout the state during Beef Month. Ag in the Classroom and Beef for Father’s Day were among the many programs she actively promoted. She traveled with Charles regionally attending annual livestock shows where they promoted the qualities of their registered Brahman, Charolais and Charbray herds. She served as president of The International Relations Association of Acadiana (TIRRA) which developed their livestock export opportunities and on the board of the Beef Council. The Louisiana Cattle Festival selected Rose as Honoree of the Year.
She is survived by her children, Richard C. Broussard (Kathleen), Yvonne B. Simon (Conrad), Alan J. Broussard (Brenda) and Hal J. Broussard (Cyndi); grandchildren, Rebecca, David, John, Brady, Cynthia, Mandy, Erin, Amy, Rachel, Neil, Matthew and Sarah; 16 great-grandchildren; brother, Charles Ashy Sr (Mimi); sister, Juliet A. Colvin; brother-in-law, John Lauer; and sister-in-law, Margaret Broussard.
She was preceded in death by her husband of 72 years, Charles E. Broussard; brothers, Richard Ashy Sr. (Betty) and William Ashy (Margaret); sisters, Helen Ashy (George), Barbara A. Lauer and Yvonne Ashy; brother-in-law, Dr. William Broussard; sisters-in-law, Martha B. Ramos and Myrtis B. Bourge.
The family greatly appreciates the care given by Leading Health Care especially Tim Costello, Kathy Gaspar, Susan Younger, Paulette St. Julien, Jasmine Fontenot, Amanda Johnson and Chelsea Fields over the past few years. We also would like to thank Hospice of Acadiana and Lindsey LeBlanc, RN for their help these last few months. Their attention to Mama and her needs was a great help to Mama and our family.
In lieu of flowers, memorial gifts can be made to honor Rose Ashy Broussard’s legacy through the Charles E. Broussard and the Rose Ashy Broussard Family Endowment to support the LSU Ag Center. Gifts may be made online at www.lsufoundation.org/broussardmemorial.
Donations can be made by check payable to the “LSU Foundation” showing “Rose Ashy Broussard Memorial” in the memo line. Please mail checks to:
LSU Foundation
Rose Ashy Broussard Memorial
3796 Nicholson Drive
Baton Rouge, Louisiana 70802

Personal condolences may be sent to the Broussard family at www.delhommefuneralhome.com.
Delhomme Funeral Home, 1011 Bertrand Drive, Lafayette, LA, is in charge of funeral arrangements. 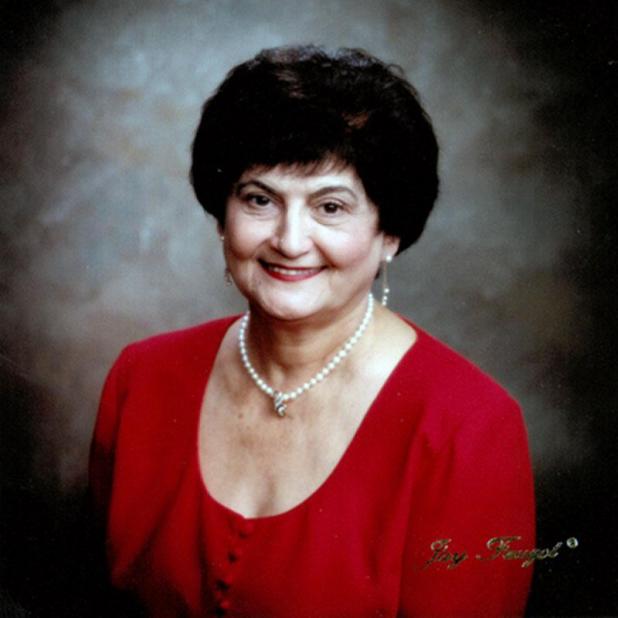