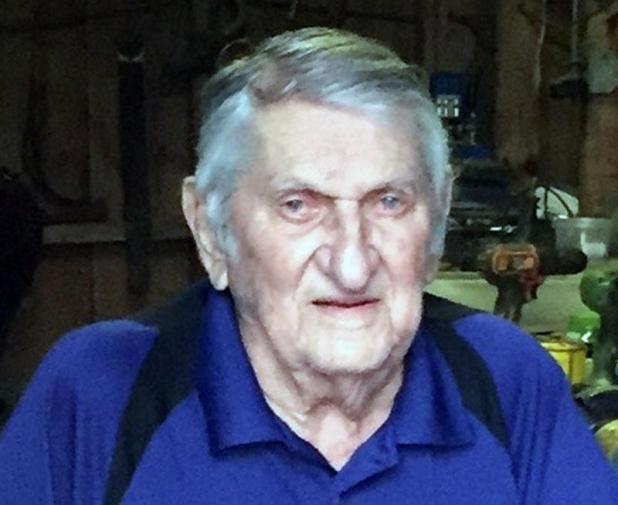 A Mass of Christian Burial will be held at 1:00 PM on Saturday, September 25, 2021 in St. Alphonsus Catholic Church for Willie Louis Duhon, 91, who passed away on September 22, 2021.
Reverend Paul Bienvenu, Pastor, will be Celebrant of the Mass and will conduct the funeral service.
Burial will take place in St. Alphonsus Cemetery.
Willie Louis Duhon, 91, of Abbeville died peacefully on September 22, 2021. He was the youngest of thirteen children of Ulysse and Alice Stutes Duhon of Lafayette.
Willie grew up in the Judice community surrounded by a large and loving family. He graduated from Judice High School and continued his education at LSU. Willie graduated with a degree in bacteriology from LSU in 1951. After college he served in the US Air Force. He was stationed in Illinois and San Antonio during the Korean War working in the cryptology division. After his service Willie returned to Lafayette and began work with General Motors insurance department.
In 1957 Willie married the love of his life, Hilda Hebert. In June they celebrated 64 years together. Through the years they lived in Montgomery and Birmingham, Alabama along with Somerset, New Jersey and Macon, Georgia. Wherever Willie landed he always took time to plant live oaks throughout the area. He also got involved in numerous charity organizations, including Habitat for Humanity and St. Vincent de Paul. Through this and other groups Willie lived a life of service to others, grounded in his Catholic faith. Willie and Hilda retired to Abbeville and Willie began a woodworking business, The Rustic Outpost, building furniture using reclaimed cypress wood. His beautiful benches and tables grace homes all across the country.
Willie is predeceased by his parents, 11 of his 12 siblings, his son, Walter, and his granddaughter, Leslie Jordan. He is survived by his wife, Hilda Hebert Duhon, daughter Carolyn Murphy and son-in-law Bryan, son John Duhon and daughter-in-law Cathy, son Robert Duhon and daughter-in-law Lauren, daughter Alice Mancini and son-in-law Matt, and daughter-in-law Linda Duhon and sister Agnes Guidry. Willie is also survived by 13 grandchildren and 10 great-grandchildren.
Willie loved playing golf, helping to set up a long running family tournament, and watching LSU ballgames, a die-hard fan. Willie’s greatest pleasure was gathering a large group of family and friends for a party, a crab boil, a bonfire, a ballgame, or just a Saturday. The bigger the crowd the better.
The family requests that visiting hours be observed at St. Alphonsus Church on Saturday, September 25, 2021 from 12:00 PM until time of service.
Personal condolences may be sent to the Duhon family at www.delhommefuneralhome.com.
Delhomme Funeral Home, 200 Chief H. Fred Road, Maurice, LA is in charge of funeral arrangements.

ABBEVILLE — Funeral Services for Mrs. Girlie Hebert, 88, will be held at David Funeral Home of Abbeville on Friday,...