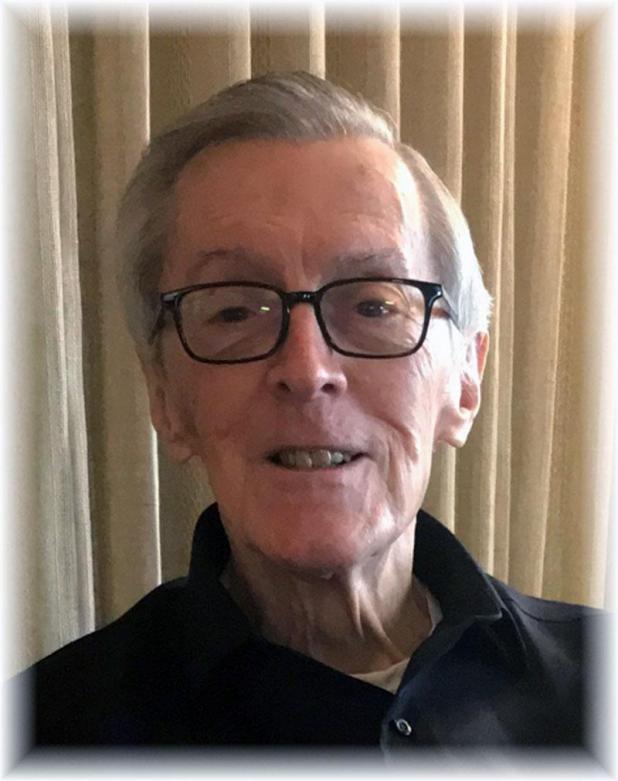 KAPLAN — A Mass of Christian Burial will be held at 2:00 PM on Wednesday, January 19, 2022 at Our Lady of the Most Holy Rosary Roman Catholic Church honoring the life of Deacon Paul Roy Eleazar, 94, who died Tuesday, January 11, 2022 at his residence. He will be laid to rest at Our Lady of the Most Holy Rosary Cemetery with Reverend Mark Miley officiating the services. Serving as pallbearers will be Gray Erwin, Nicholas Erwin, Michael Herpin, Doug McGee, Herschel Reaux and Freddie Paul Sonnier. Honorary pallbearers will be Jeff Gueno, Ed Villien and Henri Deshotels.
The utterance of the name of Deacon Paul Roy Eleazar elicits an immediate smile from everyone who simply thinks of him. When he walked down the streets of Kaplan, he spoke to each of us with that incredibly warm manner, his kind word, and heart-felt compliments. He lived in Kaplan all of his life, we were all drawn to him as he was to us. His achievements and contributions to our community were many. His idea of service to mankind was unsurpassed. We have benefited from them over the years and will continue to bask in them for years to come. In his younger years, he was active in the Rotary Club, American Legion, Kaplan Housing Authority Board, Acadiana Health Planning Council, Maltrait Memorial School Board, Holy Rosary and Cabrini Parish Council, Knights of Columbus, Vermilion Parish School Board of Realtors, Kaplan Bi-Racial Committee, Lions Club, Holy Rosary Church catechism instruction and Louisiana tourism. His community leadership was particularly recognized by the Chez Elles, who bestowed upon him the “Citizen of the Year” award in 1978. Most of his successful business career was spent in real estate and insurance. Even with a busy schedule, his office on Main Street was always a meeting place and a haven in the storm for the many who visited there. He continued to influence our professional community as a past Chairman and Board Member of the Vermilion Bank and Trust Company. Rolling the clock backward, he worked diligently with his father, Paul Eleazar and other prominent business leaders to open the second bank in Kaplan in 1958, now Vermilion Bank. His love of his fellow man and his love of God and his many years of service to both culminated in a bid for the Catholic Permanent Deaconate. After three years of study, he was ordained a Permanent Deacon in 1983. He became known as Deacon Paul. He served as a Deacon for 23 years. Throughout the years, he touched many lives. He delivered thousands of homilies, always working to make them full of spiritual guidance while still being short and to the point (Dot would have it no other way). His extensive research and voracious appetite for reading and current events resulted in these strong messages that tremendously impacted the people of this community in their search for hope, strength, and closeness to God. They asked him so many times for specific passages and quotes from his teaching that he has now compiled a booklet of his most requested and his favorite excerpts. In addition, a Nashville artist was so inspired by the words in this booklet that he created a series of unique paintings around these passages using Deacon Paul’s exact handwriting. His home, just off Main Street, has always been a beacon for visitors young and old. All who entered there left refreshed and revived from the unsurpassed hospitality of Paul and his wife of 64 years, Dot, who preceeded him in death. It would be difficult to find a warmer or more inviting Cajun home than theirs. If you just met them for the first time, you were their friend for life. There were not many people in Kaplan who did not receive meals when they were ill, encouraging visits and phone calls when they were down and out, or benefited from hospital visits when their loved ones needed it. Deacon Paul was first and foremost an adoring family man, doting on his three children, four grandchildren and three great grandchildren. The words that describe his virtues are never strong enough. He was compassionate to a fault, tender and warm to a gifted degree, incredibly humble, the epitome of a southern gentleman. He was intensely passionate while still being cautious. He was pragmatic and dogmatically thoughtful. The Kaplan community was indeed blessed to have among them such a beautiful spirit in this man we loved and respected Deacon Paul. He leaves the words “be kind, be kind, be kind” with all of us.
He is survived by his three children, Paula, David (Janet) and Gene (Rhonda); his four grandchildren, Nicole (Ryan), Camille (Austin), Bailey and Sophie; and four great grandchildren, Gray, Emi, Nicholas and Vivienne. He also has an extremely large extended family of relatives who all remained so close that they could have all been brothers and sisters. His friends were countless; they were both local and far away, but all were made to feel that they are first in his heart.
In lieu of flowers the family asks that donations be made to the Le Musee' De Kaplan in Deacon Paul’s name.
There will be no following reception due to covid precautions.
The family requests that visiting hours be observed at Our Lady of the Most Holy Rosary Roman Catholic Church, 600 N. Church Avenue, on Wednesday, January 19, 2022 from 12:30 PM until the time of the services at 2:00 PM with a rosary being prayed at 1:00 PM. A celebration of life will be held at a later date.
All funeral arrangements are being conducted by Vincent Funeral Home of Kaplan, (337) 643-7276 [Service Information 225-5276]. Condolences may be sent to the Eleazar family at www.vincentfuneralhome.net.

Funeral services will be held at 11:00 a.m. Wednesday, January 19, 2022 at The Ebenezer United Methodist Church for Nancy...